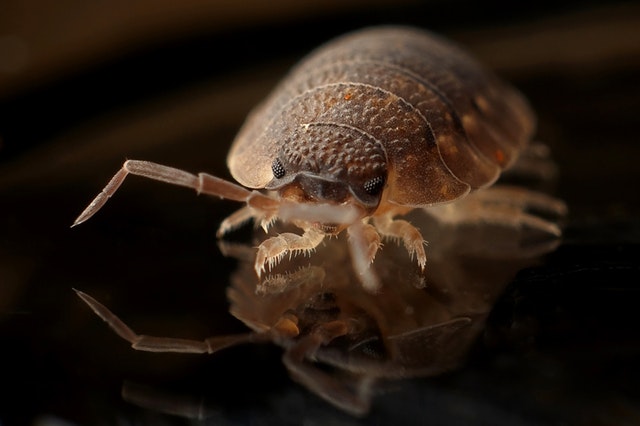 Here’s a varmint we’re all very familiar with: the sow bug!

Sow bugs are very easily confused for its cousin the pill bug—at first. However, when you get a little more up close and personal, they’re actually quite different.

Sow bugs are considered to be land crustaceans and the only kind of land crustacean that exists on earth. They are oval-shaped and have seven pairs of legs (which makes shoe shopping for them very hard in the insect kingdom, but not as hard as it is for millipedes!). Their backs consist of overlapping plates and antennae that reach about half of its 15 mm body length. In contrast, the pill bug has a rounder back from side to side and a deeper body from its back to its legs.

Sow bugs love to live in and near moisture given that they possess gills. They’re primarily nocturnal insects that feed on decaying leaves and vegetables. If they’re found in a home, they’re a good indication of high moisture conditions which also contribute to several other problems including mildew, mold, wood rot, and a healthy breeding environment for future baby sow bugs.

Damp basements, fern or green houses, garages, and anywhere on the first floor of your home could be potential infestation sources for sow bugs, as well as built-in planters and planter boxes. Reducing moisture in the home can help, but if an infestation is already underway, you may need some extra help. Call your local Pest Boss if this is the varmint invading your private space. We’ll get you, varmints!