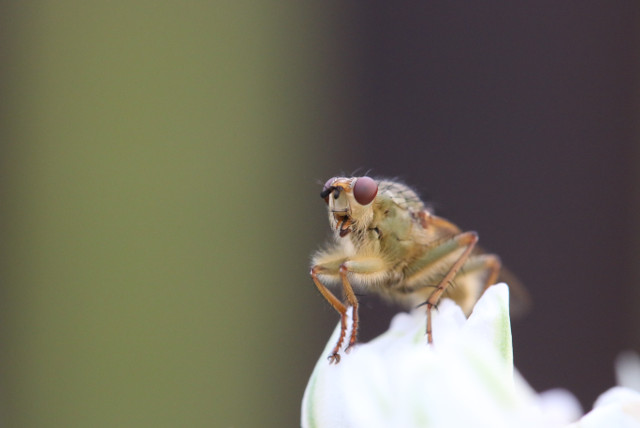 Phorid flies, or humpback flies, resemble fruit flies in a way but not so much in several others. To the naked eye, the two types look identical, but upon further examination they are very different in terms of their biology and living preferences. They are most commonly discovered in drains and pipes. Sometimes they’re even found under concrete slabs breeding in the contaminated soil.

A phorid fly’s diet consists of any decaying plant and animal matter, not just fruit and food. And also, unfortunately, a phorid fly infestation is most likely to spread throughout an entire structure rather than simply near the food source. You’re most likely to find an infestation wherever any moisture exists, specifically around plumbing and drains in the bathroom and kitchen, garbage containers, garbage disposals, crawl spaces, and basements.

Unlike the fruit fly, the phorid fly can be active during the winter months as opposed to spring. Eradicating an infestation by yourself is both difficult and not recommended, because most of the time they will nest deep within the plumbing, making them very difficult to reach. What’s really creepy about phorid flies is their alternative name, “coffin flies”. That’s because these flies tend to hang out in mausoleums and mortuaries.

Thankfully, phorid flies do not bite or sting humans, so we’re safe in that regard—they’re just incredibly annoying! If you’ve discovered a phorid fly infestation in more than one area of your home, call your Pest Boss to get rid of them. We’ll get you, varmints!