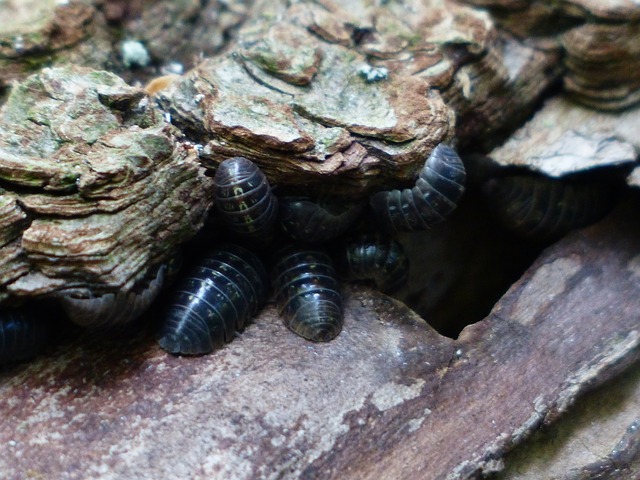 Not to be confused for the sow bug (although it very easily is!), the pill bug is that infamous creepy crawly varmint that rolls itself up into a ball just like an armadillo if you catch sight of it. These protective discs are natural defense mechanisms for pill bugs, ensuring that their tiny squishy bodies are kept alive even when a shoe is dropped on it.

Like sow bugs, the pill bug is a grey slate colour or a dark brown, though it lacks the points on its hind body the way a sow bug’s body does. Both have 7 legs at maturity and are nocturnal scavengers, preferring to nest in dark and damp places while feeding on dead and alive plant and animal debris.

The main difference between the two varmints is that while pill bugs (which are also referred to as the cutesy ‘roly-polies’ sometimes, or the ‘wood bug’ here in BC) can roll up to protect themselves from predators and external forces, sow bugs cannot do this. While they do live in similar environments, diets, and reproductive habits, it’s important to understand this main distinction between the two so that you know better what kind of pest problem you have.

Resolving the issue of reducing moisture completely is the only way to get rid of pill bugs for good. If you want actual pest control solutions applied such as reducing the amount of moisture in your home or building, call Pest Boss and we’ll get the job done. We’ll get you, varmints!