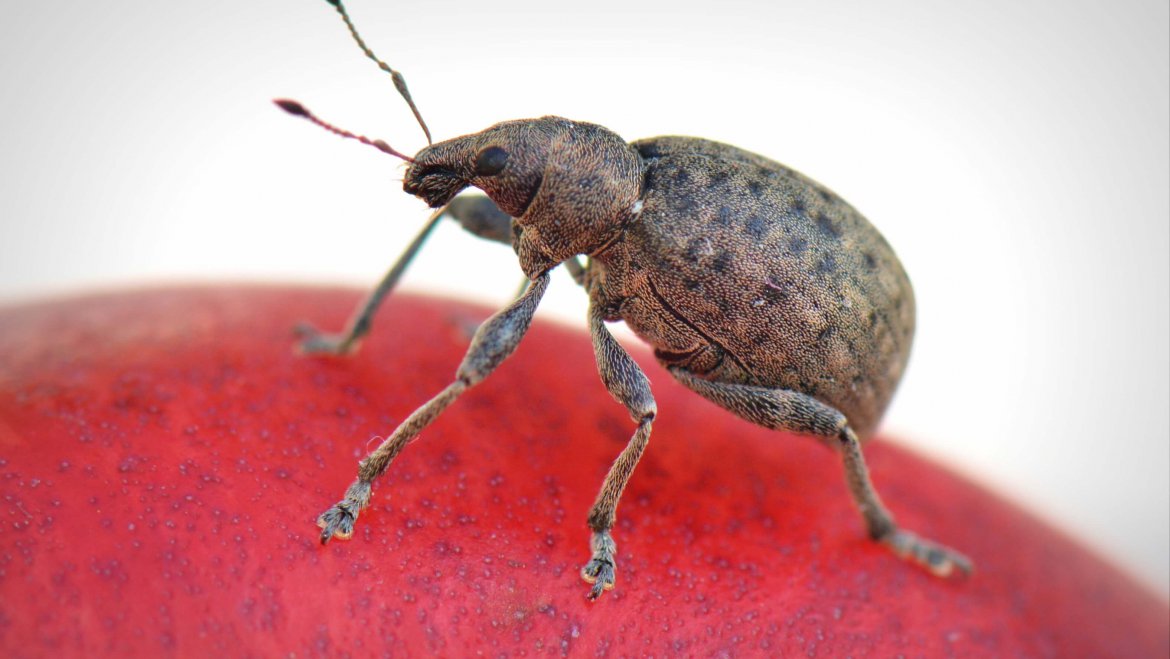 Here is a pest that is much more common than most people think, yet it is also much unknown. Carpet beetles are about the size and shape of a ladybug. They also are seldom seen using their wings and flying. All beetles have wings tucked inside their body; many rarely fly. The main type of this mostly interior beetle is called the Varied Carpet Beetle.

Look for some at the edges of your rooms, around window sills, and under furniture.  Carpet beetle larvae look like fuzzy grains of rice and often are found slowly climbing the wall. Like all insects, it starts as an egg, becomes a larva, and finally reaches adulthood. Food for carpet beetles is mainly dust, which is 80% human hair and skin follicles, and also other natural fibres. At times these pests are a very large problem when they eat valuable clothing and textiles. When that happens, there are often hundreds or thousands of beetles which is an incredible nuisance for most people.

Bed bugs are often getting fingers pointed at them when carpet beetles are discovered, especially when found on the bed or couch. Now you know the difference! There is a relatively simple and inexpensive treatment to solve this less understood insect. Contact us at Pest Boss to find out more.