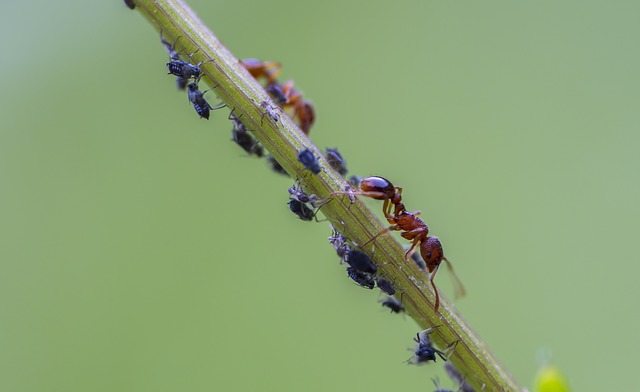 Here’s an ant species we didn’t think would have to be a pest problem, but now it unfortunately is. The fire ant can and is found in Vancouver, Burnaby, and throughout the Lower Mainland, especially Chilliwack. While they are not the “true” fire ants that exist within southern US states and Latin America, they are still technically fire ants and specifically originated in Europe. The first recorded fire ant came to light back in 2010, and now they’re our pest problem.

The fire ant is the most feared of the ant cousins we treat at Pest Boss for a good reason: its bite hurts! This painful bite and sting is how the fire ant gets its name, because being bitten or stung by one feels like you’ve caught on fire. Hide your kids and hide your pets, because the other fearful thing about these ants is they will not stop at anything to bite or sting anything in their way. They have no problem with standing their ground and defending their nest and colony, and are even tough enough to challenge larger animals.

Thanks to the convenience of indoor cooking, fire ants will build their nests and stay determined to forage from your kitchen and trash cans. Their omnivorous diet allows them to be flexible when it comes to choosing their new home. Don’t let it be your house or commercial building!

If you thought other ants could stop the fire ants, then you’d be dead wrong. In fact, fire ants will go so far as to invade and eat other insects, including carpenter and pavement ants! They love eating other small insects as well as biting larger animals and wildlife.

As for where they nest, it turns out they enjoy nesting in the weirdest of places such as electrical junction boxes. Turns out, they really like being near electrical currents (let’s not get too charged up about this!). They will also nest in wide open areas such as parks, meadows, and lawns—anywhere with cultivated grass. Unlike most mounded ant nests, there is no opening inside of the fire ant mound. Fire ants instead prefer to enter and exit their homes via underground tunnels. It’s when this mound is disturbed that a fire ant worker will take action to defend the colony.

If there’s an ant infestation you need to worry about but they’re too hot and painful for you to handle, leave the infestation to a professional exterminator. Call your local Pest Boss. We’ll get you, varmints!