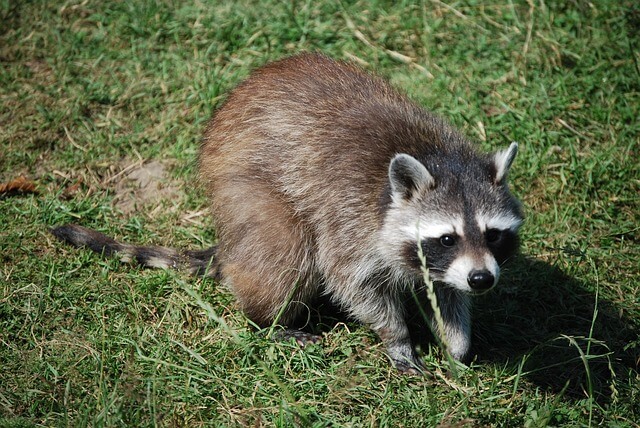 Raccoons are born, raised, and die in urban areas, as well as in rural locations. They cause damage to roofs and other building structures. Ripping open roofing materials is easy thanks to the opposable thumbs on their hands. Holes get made in roofs which let in rain, causing even more damage. The potential for mess is huge, for example, feces, insulation, and electrical wiring being affected.

Mating/reproductive season is between February and June. Raccoon mothers and babies are creating dens in our attics, under decks, and other places in structures for up to about four months (including raising the young). Once babies are old enough for the outside world (approximately two months), the mother moves the whole family to another den. Racoons often have two to three dens at any given time.

Here is a fact: raccoons can be very cute; that being said, they ARE also dangerous.  People still get bitten many times every year, mainly from trying to feed them. Like every wild animal, giving them space is best. Secondly, their feces, or “scat,” carries roundworm, so we have to beware of that! Wild animals defecate where they want until we force them to alter their behaviour.

Racoons have been called the number two most adaptable animals in the world. Call Pest Boss to discuss humane solution options!