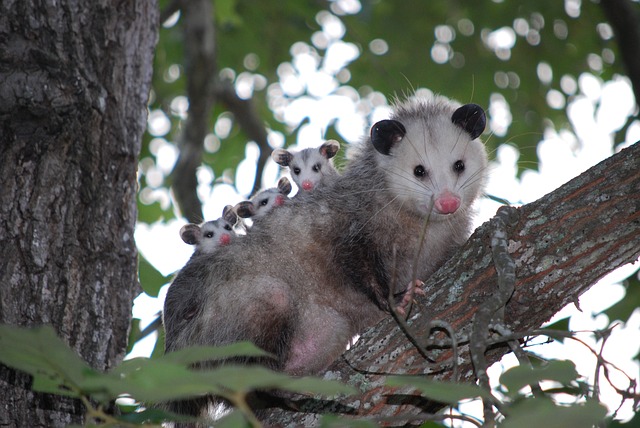 Would you believe opossums actually do reside in Canada? As it turns out, they do! These varmints usually hang out in our neighbouring Lower Mainland city, Coquitlam. We do serve this city in addition to Vancouver and Burnaby, so if you’ve discovered this varmint in your neighbourhood, give us a call!

Opossums, or possums as they’re often called, are naturally gifted at being invasive and nasty varmints if you cross their path and babies are involved. Mama Possum is super protective and willing to bite and scratch anybody who threatens her family!

Like raccoons, opossums are natural scavengers and omnivores, so our garbage cans and dumpsters are their idea of a fine dining restaurant. They are also fond of eating carrion and roadkill…that means if anyone is really at risk of getting bitten or scratched, it’s our pets! Opossums can and do spread diseases through their bites and their fecal matter like raccoons do as well. A few notably dangerous diseases they can spread include leptospirosis, tuberculosis, and spotted fever to name a few. They can even be carriers of fleas, ticks, and mites—the same types of parasites we don’t want near us or our pets!

The main opossum we need to worry about in the Lower Mainland is the Virginia possum, or the common opossum. This is the only native marsupial that resides in Canada. Their lifespan is usually between 1 to 2 years, but they can do a lot of damage to you and your property during that time! While they are less resilient to extreme cold temperatures and are less seen higher north, our climate is so awesome that unfortunately they have expanded their habitat to southern and eastern British Columbia.

Although opossums are afraid of humans and will prefer to nest out in the woods and away from us, they can and will nest underneath porches, decks, sheds, and trees. Their very appearance can startle and unsettle even the calmest homeowner if they’re spotted. If you’re one of those homeowners, call your local Pest Boss. We can remove the opossum safely and humanely, and then move them to a location where they’re less of a hassle and a threat. We’ll get you, varmints!