How to Keep Raccoons Less Attracted to Your Home

HomePest ControlHow to Keep Raccoons Less Attracted to Your Home 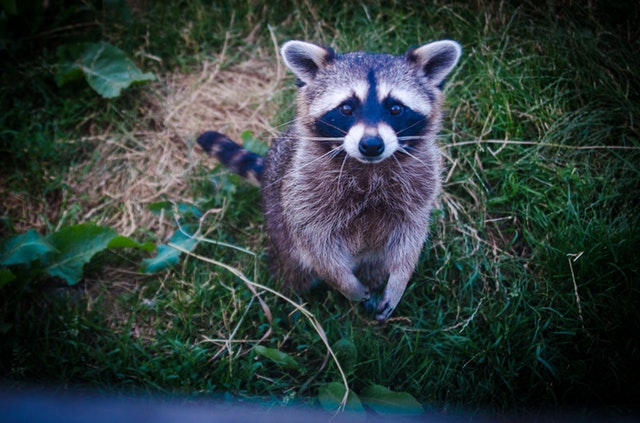 Ah, raccoons…they’re their own TV show (at least in Canada they are) and they’re considered to be a common wildlife pest here on the Mainland! Sure, they look cute in pictures, and they got rebranded when Guardians of the Galaxy came out (granted, Rocket is the one with the itchy trigger fingers, but don’t let that stop you from enjoying the movies).

In reality though, these urban and rural neighbours of ours can be pretty vicious! Their fecal matter also contains roundworm, which consists mostly of ‘Nope’ and ‘No Thank You’ (especially if you’re a pet owner).

So how can we keep raccoons from getting near our homes? The first step you can take is to brush the dust off of your thinking noggin and learn more about our urban neighbours. Let’s get started, shall we?

Raccoons are one of nature’s most infamous scavengers. Their famous trademarks are the “bandit mask” colouring around their eyes against a white face and their ringed poofy tails. A lot of people mistake them to be related to other wildlife pests such as skunks, but this is actually not true! Raccoons are in fact a part of what’s called the procyonidae family, whereas skunks are part of the mustelids family—i.e. the weasel family. What makes raccoons especially adept are their hand-like front paws and back feet, making them naturals at climbing trees.

Raccoons are omnivores just like us humans, so their main diet is—you guessed it—fruit, veggies, and on occasion, meat. They’re particularly fond of your cooking so they might get the bright idea of going through your trash for their food source as well as climbing up the nearest fruit tree. (Side note: raccoons fighting crows in cherry trees = better than anything on reality TV.)

Raccoons tend to mate between late January/early February till mid-March/early April each year, and they can give birth to up to 2 or 5 ‘kits’ per litter. Expect Mama ’Coon to be scouring the nearest trash cans for food to feed herself and her babies! They usually make their dens in crawl spaces such as attics, basements, and even chimneys, as well as in abandoned tree houses.

Never ever go near a baby raccoon or the den! Mama ’Coon is most likely nearby and she can run faster than you think, and any threat to her babies is the signal to destroy nearby predators (meaning you)! As for the den, as we mentioned already, raccoon feces actually contain roundworm, which can go airborne and be lethal to people, their dogs, and their cats! Do not approach the den without protection (an air mask, proper clothing protection, etc.). If you happen to see a den or find one in your home, call for help! The phone call can genuinely save you and your neighbours’ lives (and their pets too!).

Signs a Raccoon is Hanging Out Near Your Home

While raccoons are normally nocturnal animals, the smell of your garbage or the sight of ripening fruit on your trees may be too tempting for them to resist dropping by during the daytime. These are a few other telltale signs a raccoon den is being established:

The Meat of the Subject: How to Keep Them Away

Sadly, there is no way to prevent raccoons from ever coming near your home. That being said, you can try a few things to keep them from being so attracted to your house:

In any cases where a den is discovered, call a professional wildlife removal expert! Seriously, their feces equals bad news! Your local Pest Boss can help remove the raccoons without hurting them as well as relocating them to where they’ll be less likely to be a pest, as well as keep them from eating your cooking.