Bees vs. Wasps vs. Hornets: The Ultimate Battle

Sick and tired of living in fear of wasps or hornets? So are we! As the summer days go on, the number of these infamous pests’ nests continue to spoil everyone’s fun at the neighbourhood barbecue. Before you reach for that can of pesticide though, you may want to learn more about them.

“Why?” you ask. Well, because that widespread poison may be accidentally killing off wasps that are actually GOOD for your garden! It could also be hurting the friendly bees.

Believe it or not, people STILL get confused between each type of these flying, stinging insects. For the sake of proper insect control, let’s take a look at each one and figure out which of these is worth keeping around and which ones require an exterminator. 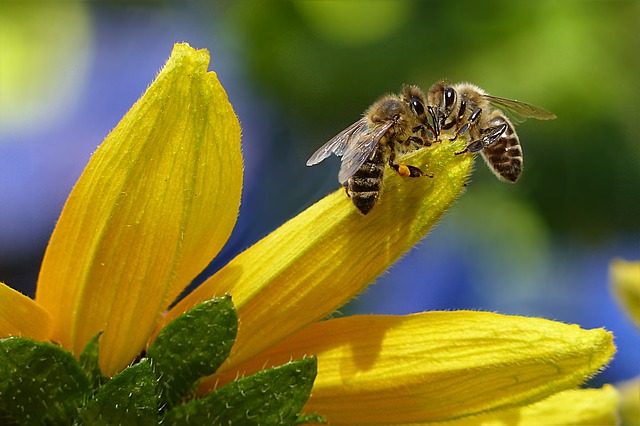 Honey bees are unfortunately mistaken for wasps given their flight capabilities, their yellow and black colourings, and their ability to sting people when threatened. However, upon further examination, you can leave these valuable insects “bee” by checking for the following:

Another variation of the honey bee worth knowing about is the mason bee. These bees are black in colour, stinger-free, and excellent at pollinating as well. 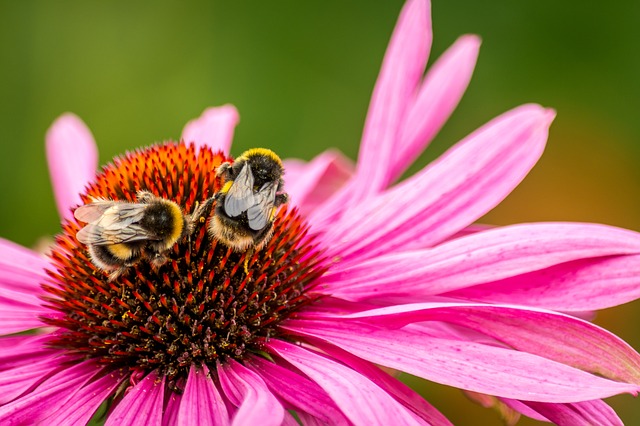 Bumblebees are famous for being larger than honey bees but they’re not nearly as threatening as wasps. In fact, bumblebees will only sting people if they’re harmed or if their nest is being threatened.

Like honey bees, bumblebees are natural pollinators that contribute to our agriculture industry. While they can sting you when threatened, they’re more interested in smelling the roses than they are in stinging you. The drones (male bumblebees) are the only ones who don’t have a stinger, while the workers and queen do. This fact of life applies to their honey bee relatives as well.

While honey bees can survive through every season of the year, the bumblebee colony in contrast doesn’t cluster together to produce heat like their honey bee cousins do. That means, sadly, only the queen bumblebee will survive throughout the winter months. Bumblebees only produce enough honey in their hive to support 100 bumblebees in total. Their nests are usually found in dry, dark places, sometimes in even unexpected ones. Some varieties will nest underground, while others will make their in thick grass, bird houses, lofts, and trees. 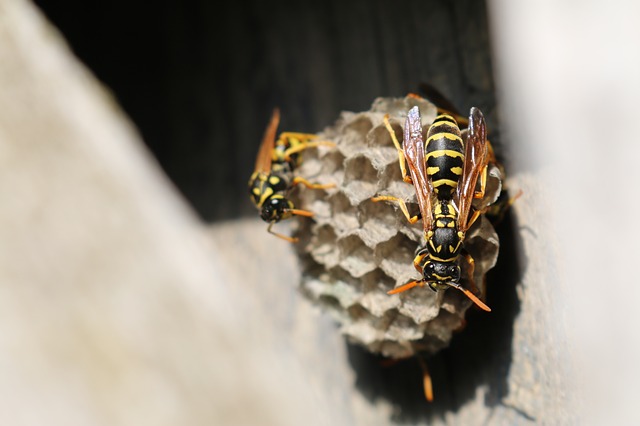 Wasps are one of the most prominent summertime pests here in the Vancouver area. They don’t care where they build their new nest, so long as it’s near a food source including your kitchen and trash. They are bright yellow and black in colour and they’re aggressive even when you’re nowhere near their nest. They even look mean when you look at them in the eye in photos (we don’t recommend you do so in real life).

You want to know what food really attracts wasps the most though? Meat and beer. That’s right: your idea of a relaxing steak dinner al fresco is the wasp’s idea of a good time too. This is because wasps are carnivores rather than herbivores.

Now, the aforementioned description primarily focuses on yellow jackets. These are the infamous yellow and black wasps we’re all too familiar with. However, did you know that there are GOOD wasps that hang out in the yard? It’s true. These wasps, called solitary wasps, are actually not pests; they prefer to nest underground and actually help with pollination like the honey bee and bumblebee.

Check out our head Pest Boss’s video on what their nests look like for an idea: 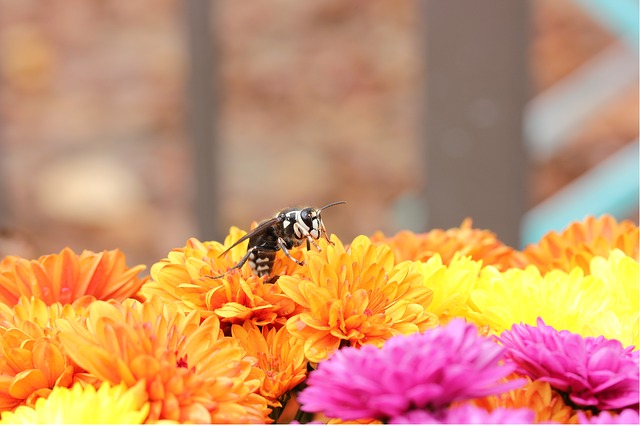 Did you know that the wasp in Canada is also called a hornet? It’s true. The word “hornet” is commonly used to describe the paper wasps and yellow jackets that plague many a summertime picnic or family BBQ.

Both hornets and wasps are carnivores that mainly eat other pesky insects, so yes, they do have a purpose other than to sting you and ruin your picnic, and for that reason they’re actually beneficial insects. Given their larger size, queen of various yellow jacket wasp species are also sometimes referred to as hornets.

While there are more variants of hornets in the US, in Canada there is one very specific hornet that’s commonplace which is called the bald-faced hornet. These varmints are white and black instead of yellow, and they’re even larger than our wasp ‘buddies’.

Hopefully now you know which bees are worth having around and which ones you need to have exterminated. If you’ve discovered a nest near your property and it residents are not bee-having (last joke, we promise), call your local Pest Boss. For the beneficial and good varmints, like the wasp we filmed and the honey or bumblebees, we won’t bother them. For the harmful varmints like the wasps and hornets, we’ll get you!