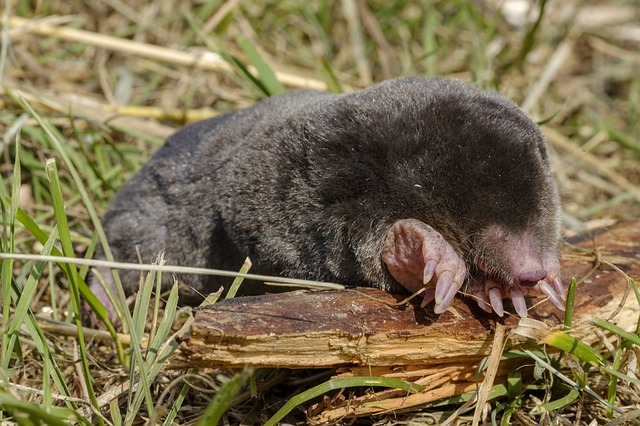 Yep, there are moles that exist in the Lower Mainland and Vancouver areas! While not nearly as plentiful as rats or mice, moles still exist where we live and they are here to stay.

One mole species in particular that is native to BC is the coast mole, named for its distinctive insectivore diet and the teeth shearing patterns they make in dirt. Another less than common mole that is on BC’s endangered species list is called the Townsend’s mole, named after American naturalist John Kirk Townsend.

If you’re not too sure if you’ve got a mole problem, here’s how you can identify them. Moles are usually dark grey to black in their colouring, and they will always, always remain in their tunnels underground in the soil. They also build mounds rather than form holes; this is the number one sign as well as how you can tell you’ve got a potential mole problem and not some other varmints such as the vole (their names may rhyme, but they are very different from each other!).

A mole’s diet tends to focus on insects, varying from earthworms to cocooned insects to spiders. Areas that contain damp soil and high earthworm density are ideal habitats for these varmints. The mole usually lives underground for most of the year, but it does pop up aboveground on occasion and especially during the summer months.

Moles only become social creatures when it is mating season, which lasts from late January to early March. The rest of the time, they’re quite solitary creatures. A female mole will usually bear up to 2-4 young per litter, and adult moles become more reproductively active when they are 9-10 months old.

Moles usually tend to stay in the wild where they should be, but often they do end up ruining your best flowerbeds by digging around for worms to eat. If that new disturbed patch of earth on your front lawn matches the sort of hole we’ve described, let your local Pest Boss know and we’ll remove them safely from your property. We’ll get you, varmints!